What are trackless trams

Yesterday Judith Collins announced National’s Wellington transport policy. Amongst all the talk of tunnels and other road upgrades, one small thing that stood out to me was the mention of trackless

“We think bus priority and bus rapid transit offers much more flexibility for Wellington, and value for money. In time, that may mean trackless trams“.

It stood out to me for two reasons:

“I am also announcing today that Phil Twyford’s Ghost Train will be replaced by rapid buses or trackless trams to Onehunga.“

As I wrote last week, it’s been frustrating to see different public transport modes becoming increasingly politicised. These different technologies are simply different tools each with their own strengths and weaknesses and shouldn’t be an ideological expression. Transport Spokesman Chris Bishop was quick to reply to me saying they’re not promising trackless trams but that just makes me wonder which segment of the community are they trying to signal by including it.

Putting aside the politics of it all, most people won’t have heard the term trackless trams before. So what are and how are they different from other transport modes?

The term “trackless trams” emerged about 2-3 years ago from China with the promise of delivering a light rail like experience without the need to build tracks. In reality it’s just the latest in a long line of ideas to repackage a combination existing bus technologies under the umbrella of a fancy/catchy name – in other words largely a marketing gimmick. This isn’t to say that they’re bad, but more that they’re not anything new or revolutionary. In essence trackless trams are electric, articulated (or double articulated), guided buses with a modern tram like appearance.

Let’s take a look at some of those features:

These are obviously fairly straightforward as we already have electric buses in New Zealand and we could certainly do with a lot more.

Articulated/bendy buses are something we’ve moved away from in recent years in favour double deckers. There are still some around, such as this operated by Bayes Coachlines.

Overseas double articulated buses exist such as this nearly 25m long trolleybus in Lausanne, Switzerland has just gone into operation just over a month ago to replace a system where a normal sized trolleybus towed around a second bus as a trailer. These buses also contain batteries to allow them to run some distance off wires.

Articulated buses have both advantages and disadvantages over double deckers, here are a few of them:

Guided buses are something that have been around for some time and come in a variety of different forms.

Adelaide’s O-Bahn and the Cambridgeshire Guided Busway in the UK use concrete narrow concrete tracks with a side wall, and buses with a sideways facing guide wheel that is connected to the steering system to keep buses controlled. 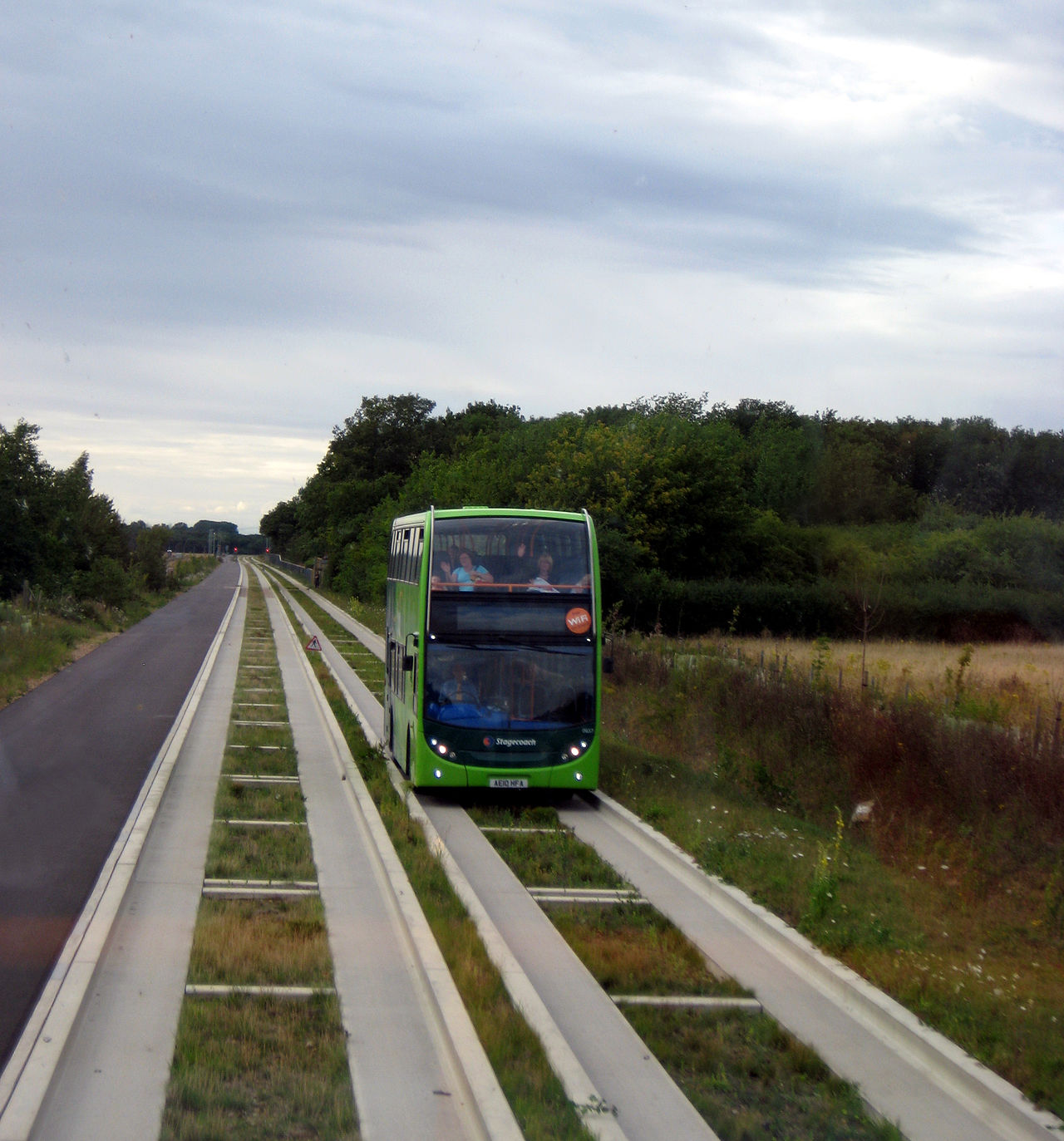 Both Caen and Nancy in France had a system that used a small single track embedded in the road to guide it – though they can be driven off the track too. Like with the trackless tram, these proposals these were sold on the promise of being cheaper to install and operate however that hasn’t panned out and Caen are now replacing their system with full light rail. 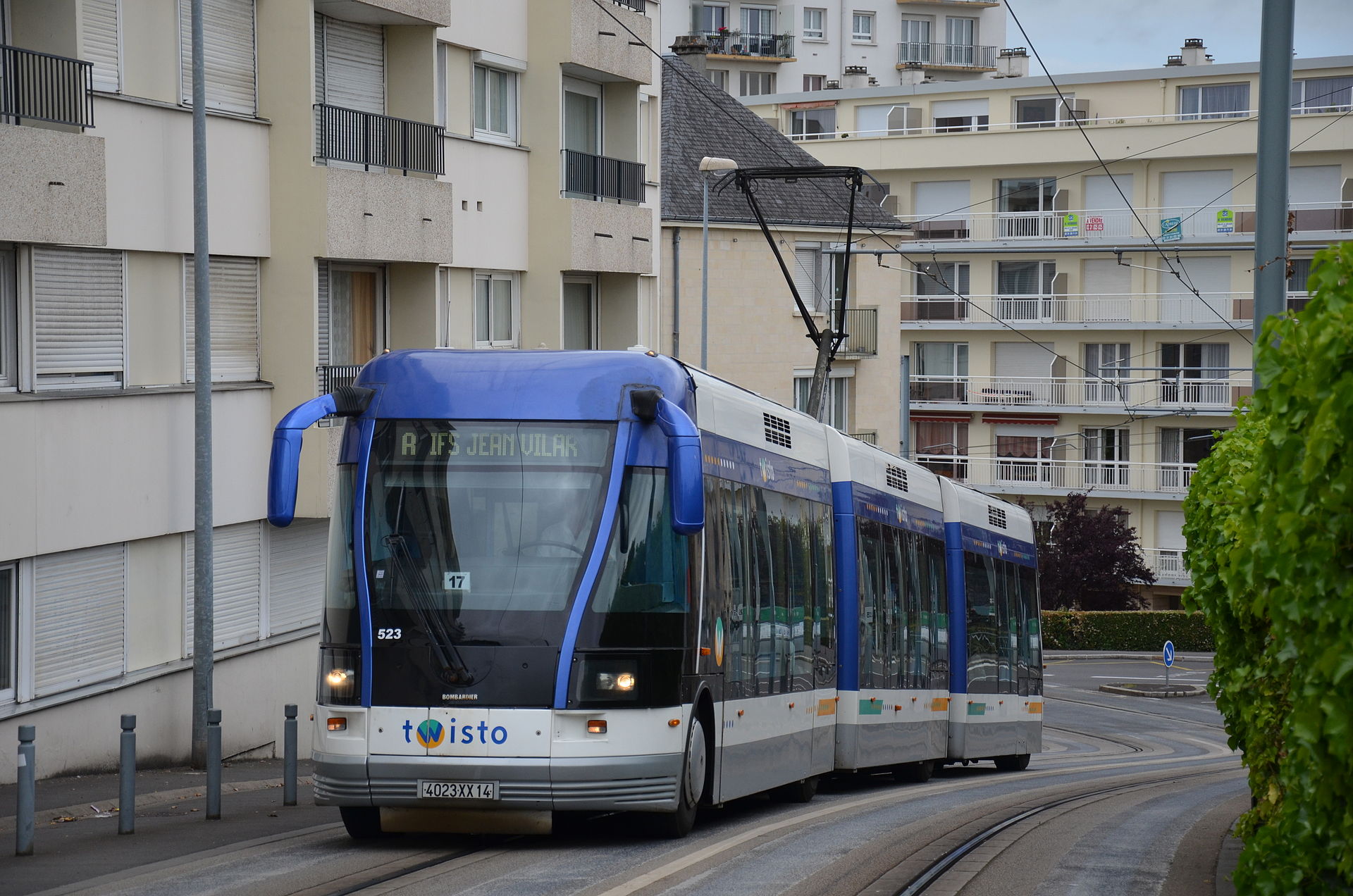 Like the trackless tram, Rouen in France uses optical guidance, with cameras on the bus following lines painted on the road. 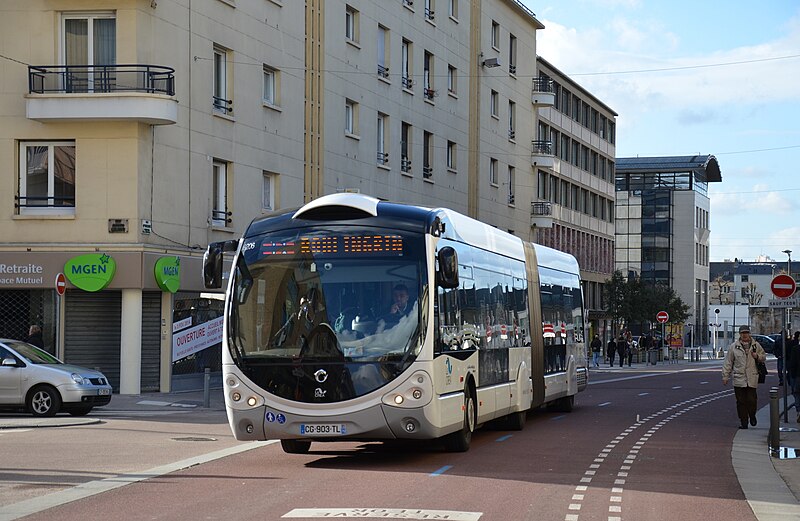 There are a few major concerns with many of these systems, such as:

All of this means that it might not end up all that much cheaper over the long run.

Given they need a road to run on, one thing these buses can’t do is run on green tracks, though the Cambridgeshire example comes the closest.

This may seem like a minor point to some but buses that look more modern, and not a box on wheels, are likely to attract more passengers – there was a bit of this when double deckers first launched. One of the companies best known for this is Vanhool and like a tram or the trackless tram suggestion, even have a driving cab at each end.

Many of these features are what is proposed for the eventual Airport to Botany route.

So many of the ideas that fall into the “trackless tram” term are things that already exist and are in use around the world where they’re just called what they are, buses. Though there perhaps is some benefit in a name to describe higher-quality buses, much like how light rail is used to refer to higher quality trams – but in my view trackless trams isn’t it.

Perhaps what National need to be talking about is not the name but what their proposal enables. Talk about if they’re promising to build a dedicated route with modern vehicles, about what that will do for travel times, frequencies and reliability etc.