There have been a number of updates recently from City Rail Link Limited (CRLL) showing some of great progress of the city’s highest priority transport project.

Outside Britomart, the path of the tunnels through the Commercial Bay development has become increasingly visible with walls starting to be formed.

And here’s a closer look at it. 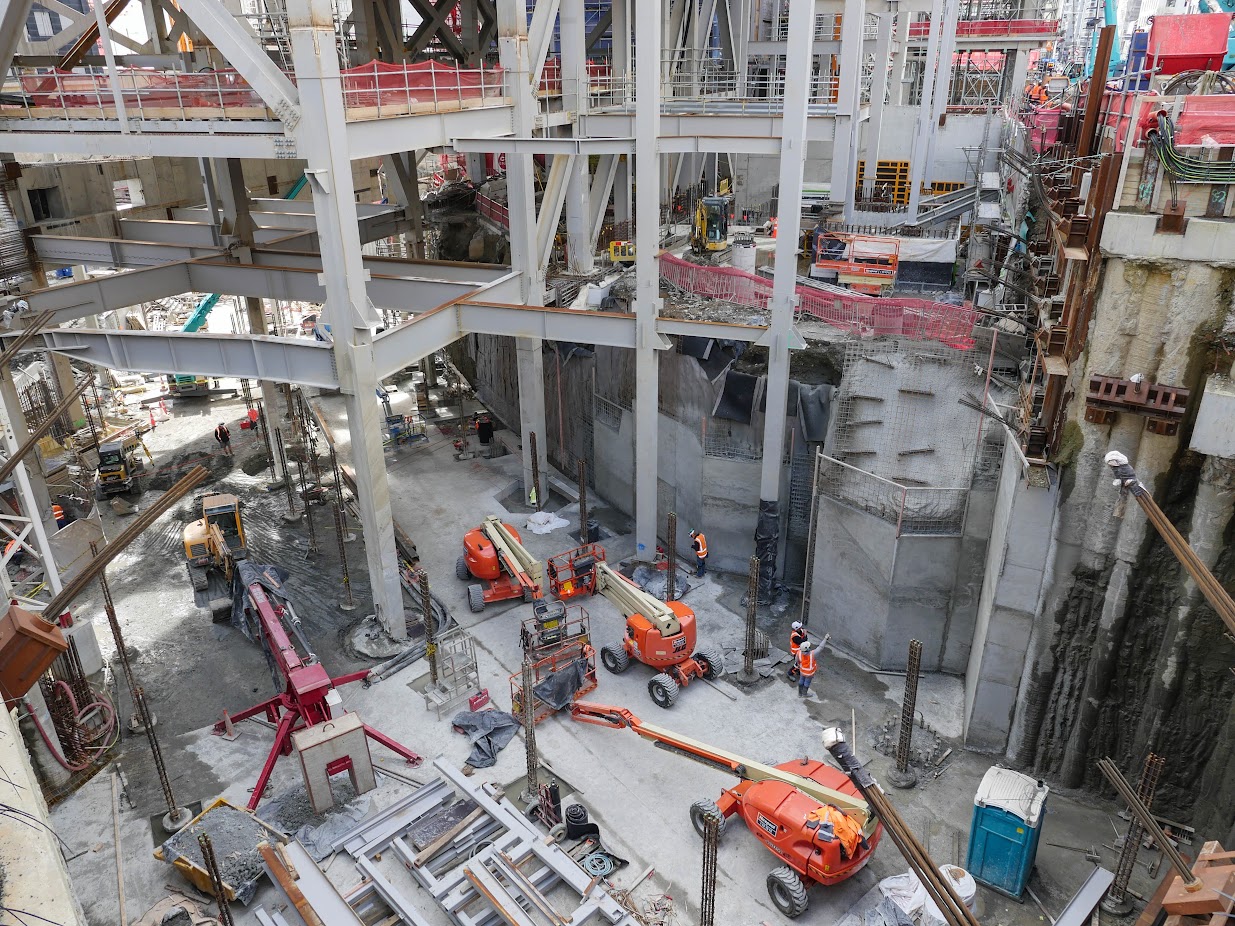 Further along, work is progressing on digging out the trench under Albert St. It is now about 9m deep, about halfway to where it needs to be.

This does once again make me wonder if we couldn’t use all that space under Albert St better instead of just filling it all back in again over the top of the train tunnels.

For example, how about some Dutch style bike parking?

Another option, they have to move the bluestone wall on Albert St by Durham Lane as part of the works. How about use that as an entry to the parking mentioned above and/or as another entrance to the Aotea Station, which could save some people heading north of Victoria St from having to cross Victoria St.

I’m sure there are plenty of other ideas for what could be done with that space if they weren’t planning to fill it with dirt again.