This is a guest post from reader Shan L.

For somewhere so close to the very centre of the city, Wynyard Quarter can sometimes feel surprisingly disconnected – especially if you travel by public transport. In this two-part post I’m going to look at what it’s like to travel to this rapidly growing part of the city from part of the central and southern isthmus: namely the areas serviced by the Dominion and Mt Eden Rd bus lines.

In my personal commute to Wynyard, I’m lucky enough to be able to take both Mt Eden and Dominion Rd buses into the city, allowing me to experience a wide range of the public transport options available to travel to the newest part of Auckland’s CBD.

Unfortunately, what should be a reasonably straightforward bus trip with a single transfer in the well-serviced city core (where there is theoretically plenty of frequency) often ends up an exercise in frustration.

In part one of this post I’ll take a look at travel from Dominion Rd. The Dominion Rd buses travel down Symonds St, then Wellesley St between the universities, and terminate outside the St James, opposite The Civic. 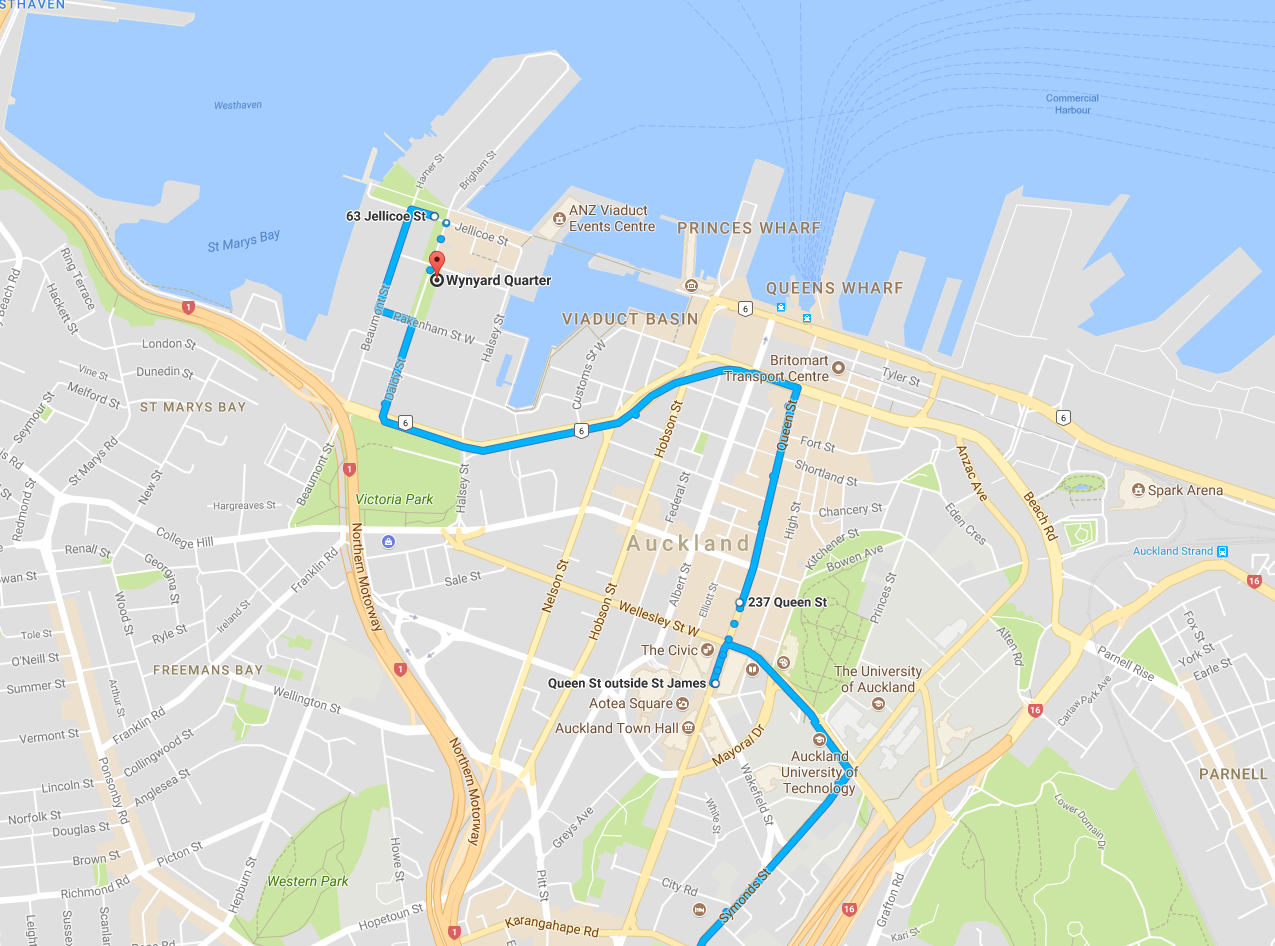 For someone new to PT, this is the most obvious way of connecting to Wynyard and from talking to people, the one that always comes up.

You can get a City Link about 50 metres down Queen St from where the Dominion Rd buses stop outside the St James, so it’s an easy transfer.

But unfortunately, there’s a reason why there’s fine print for that 7-8 minute frequency which sounded so compelling.

After travelling this way for a while you realise that your connecting City Link can turn up anywhere from the moment you get off your first bus, to maybe 15 minutes later on a bad day – by which time you could have walked. You also learn that it moves at a crawl down Queen St, the route is indirect, and the buses small and difficult to move in.

Including waiting, it takes anywhere from 15 to 25 minutes just to travel the final 1.3km from midtown to Wynyard Quarter, in addition to however long your first leg was.

The journey home’s not great either – it tends to get crowded and the bus stop facilities, especially on Fanshawe outside the old Vodafone building, are inadequate for the number of people using them, particularly in the wet. And standing next to Fanshawe is similar in experience to standing next to a motorway: loud and hostile. 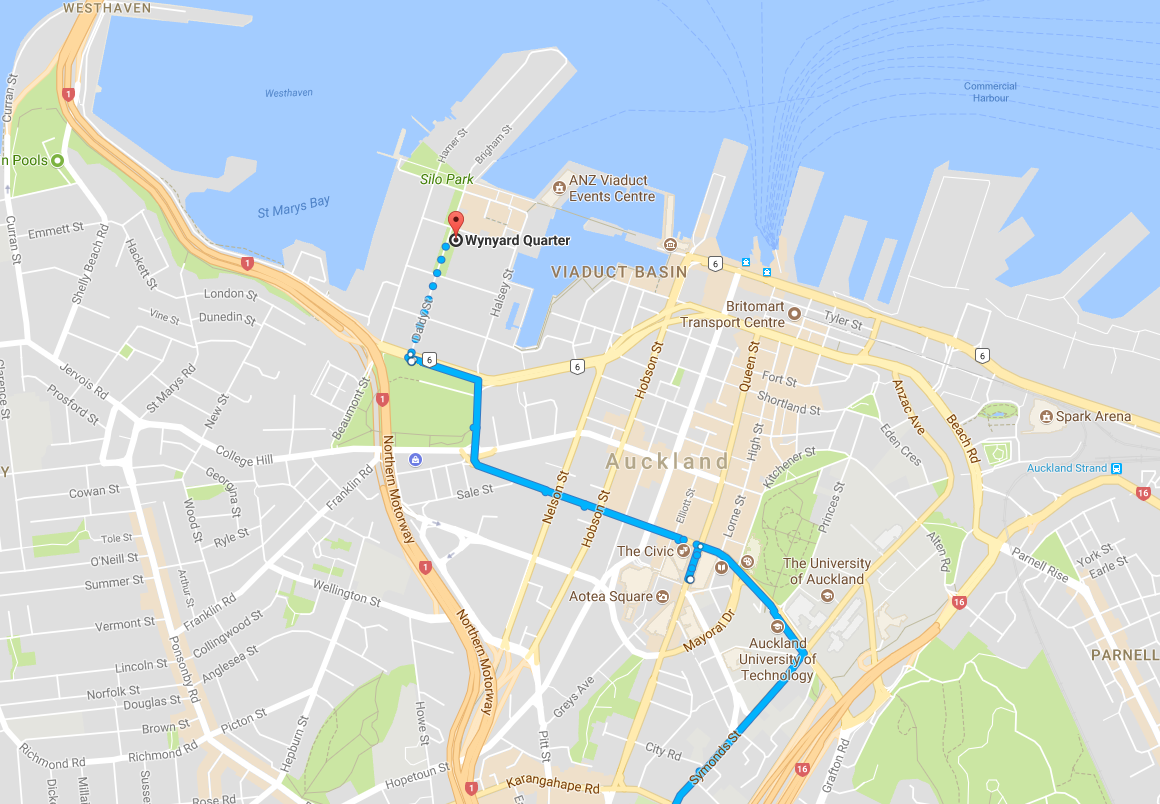 You get off your first bus at the St James as before, and walk around the corner to Wellesley St where there is a large bus stop – crude but effective thanks to the Civic’s awning – and plenty of other people waiting. It’s a good location for a transfer:

The bus journey over the hill to Wynyard is usually pretty quick, taking just over 5 minutes to get to the big bus stop on Fanshawe, from which you can walk over to Wynyard in a few minutes.

But there’s catch: inexplicably, the timetable is wildly uneven, with the wait between buses varying between 5 and 15 minutes. 5 minutes is fine, but 15 is extremely off putting when you’re travelling a relatively short distance. And because you’re coming from another bus which itself can be somewhat erratic, you can’t plan around it. 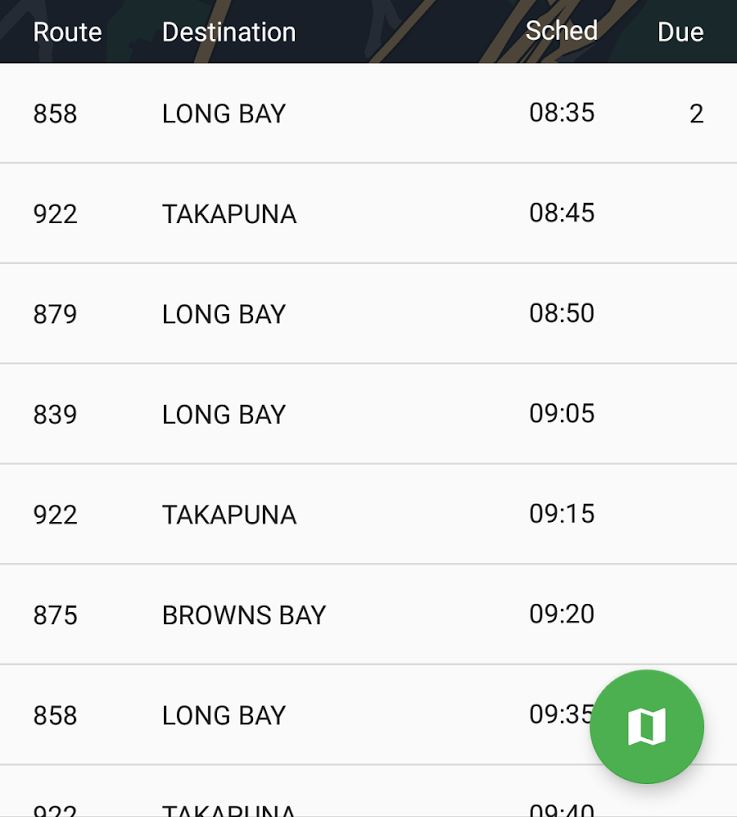 The timetable is clearly designed as an off-peak timetable, with no thought that people might be using these services for short trips across the CBD. The buses used on these routes also tend to be old and unpleasant, and often have drivers who play loud music through the cabin.

At your destination, you have to cross the Fanshawe St de facto motorway, waiting forever for the pedestrian signals (or just playing frogger with the like traffic like everyone else), while dealing with a poor walking environment. However – although unpleasant and dangerous – these things are manageable, and if you’re OK with the possibility of a 15 minute wait, you can travel the final leg of your journey in 5-20 minutes.

Unfortunately, getting home is another matter.

Due to roadworks, the bus stop you’d usually wait at outside the Air NZ building is closed, and you have to go to a stop on Beaumont St, on the western side of Victoria Park, as Matt has written about before. The first time you try and get to the stop you’re in for a special surprise: if you actually try and follow the route on the map you’ll end up having to cross 4 separate pedestrian signals over motorway off ramps, and then run across another busy road where there is no crossing. (There’s a better way, just don’t follow the map, which was apparently drawn by someone assuming you’d be driving)

Then you get to the temporary stop, which looks like this: And it suffers from a few critical problems:

In addition, the bus services themselves are abominable:

Despite the inbound journey being almost reasonable, this option is near useless, since the journey home is simply too unpleasant and usually too long to bother. The poor environment and the risk of a 40 minute journey just to cover 1.3km – before taking a second bus no less – must be something only a very tiny proportion of the population is willing to do.

This temporary stop has been in operation for at least a month and is due to stay until mid September. 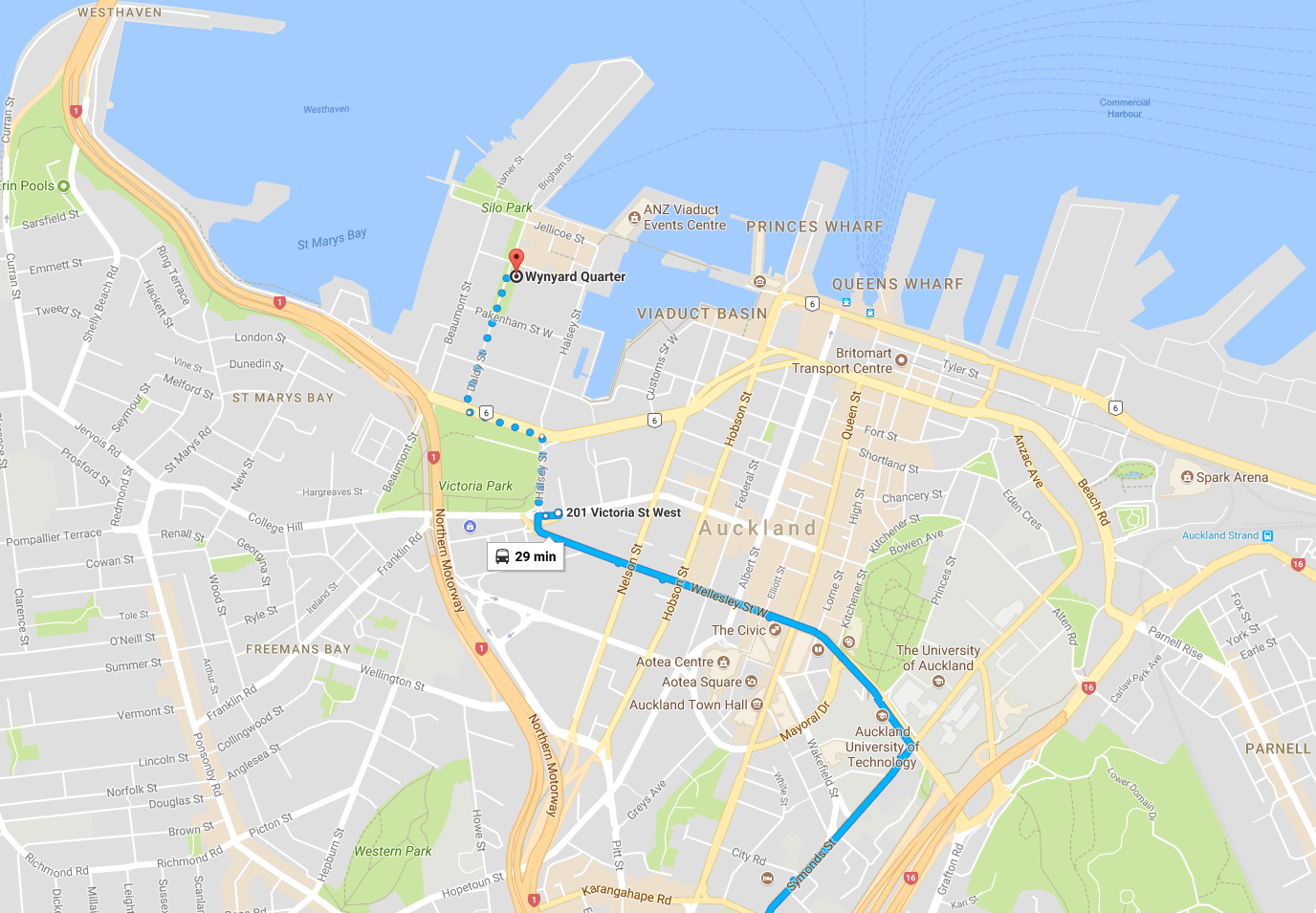 At the same Wellesley St bus stop where you catch shore buses to Fanshawe, you can take various 2xx (New North and Sandringham Road) buses to the south eastern corner of Victoria Park. This isn’t as good as taking one all the way, but they come every 1-4 minutes, which makes them much more practical as a transfer.

Unfortunately, this option might not be obvious as the only indication that these buses stop here is on the realtime board; the signage for the stop itself only shows shore services. If you use a journey planning app it will presumably tell you, but that’s not an excuse for having the wrong information at the stops themselves. This is by the most reliable option. It takes around 15-20 minutes to walk, and it can get you there without the huge variation that the bus options have.

But it’s an unpleasant walk with very little shelter, long and frustrating waits at huge intersections crossing roads which get featured in the news due to cars colliding with pedestrians. It also requires that you are physically able to walk over a kilometre, partly up a large hill, which is not an option for everyone – nor should it be required – a city should easily be able to provide a good PT service over this sort of distance in the core.

What you actually want to do In my view, the most natural way of making this journey by PT is option 2 (taking a shore bus down Wellesley St to Fanshawe). It has the most pleasant transfer, is the most direct route, and involves the least walking.

But the uneven frequency makes it too frustrating, and the hopeless situation with the temporary bus stop on Beaumont makes it a non-starter, especially for the return journey.

So the best option?

Wait at Wellesley and take any old bus that comes next, and accept that you might be walking part way half of the time.

My question is: how are people meant to work this out if it takes an amateur transport nerd months of experimentation to get right? I suspect most people go with the most obvious but poor solution, the City Link, or even more likely, a car.

There are many fundamental things wrong with the experience which will take some serious effort to repair (like a new network, for instance), but there are lots of smaller things which would go a long way to improving life for the large number of people who now take PT in the city.

Note: We welcome guest posts from our readers. Just contact us here and let us know your ideas first.