I was looking at the herald this morning and I came across this piece titled Troubled bridge over San Fran waters by the Herald on Sunday sports editor who is currently in San Francisco covering the America’s Cup.

Take a look at the Auckland Harbour Bridge. Now imagine a part of it gone after an earthquake. Then think about US$6.4 billion and 24 years spent repairing it.

That’s what San Franciscans have endured since the 1989 earthquake when the Bay Bridge (actually two bridges) suffered the collapse of part of the eastern span connecting San Francisco to Oakland.

Now the news has come in that the re-built bridge will open on September 3, Labour Weekend in the US, after being closed for five days to prepare the new bridge for traffic. It’s not clear what sort of traffic chaos will apply during that period – the bridge routinely accommodates 280,000 vehicles a day.

Nor is it clear whether that will have any effect on America’s Cup fans trying to get to the action as the yachts duke it out on San Francisco Bay, near the bridge.

But what is clear is that bridge is finally opening, after 24 years of delays and budget blow-outs, with only a temporary fix. Three independent authorities have certified that the bridge will be safe with a temporary solution to the earthquake safety bolts which cracked as they were being tightened recently.

That was expected to delay the bridge opening even further – even stretching beyond State Senator Mark DeSaulnier’s complaint that the bridge was “10 years late and US$5billion over budget”.

But now permanent repairs – able to be done while the bridge is open and taking until December – will not delay the opening, though there will be more than one motorist wondering just how safe his morning drive to work really is.

This has relevance to Auckland for two reasons: When you drive on the Harbour Bridge, drive softly. No one needs 24 years and US$6.4 billion of frustration. At that rate, Auckland’s rates will be worth more than the houses.

Secondly, memo to Mayor Len Brown or whoever ends up organising a second crossing. Please give us, the ratepayers, an accurate idea of time and cost. Being 10 years late and 500 per cent over budget doesn’t bear thinking about…

Now I agree that single best reason for an additional harbour crossing – remember we already have a second one in the upper harbour – is to provide resilience in the situation where the bridge is damaged or being upgraded. The herald writer makes it appear that the bridge has been out of action for 24 years but that is simply untrue so let’s look at the story in a bit more detail.

The bridge was opened in 1936 and as mentioned is actually two separate bridges. The first from San Francisco to Yerba Buena Island where it tunnels through the hill before continuing across to Oakland. The bridge has two decks for vehicles, one in each direction and is 5 lanes wide – although when originally built the lower deck was for trucks and trains but the tracks were ripped out in the 1960’s. As mentioned in the Herald piece, it carries a lot of traffic and connects right into the heart of San Francisco so like our harbour bridge is a key piece of infrastructure. In the 1989 earthquake it was damaged with one section collapsing however importantly engineers had the bridge fixed working again within a month. 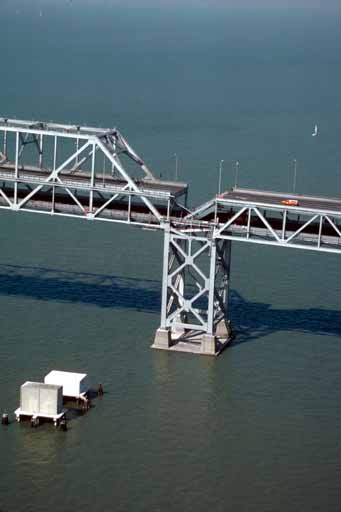 As mentioned the writer makes it sound like the eastern bridge has been under repair for 24 years but this isn’t the case. The bridge is being replaced by a new version that is being built alongside the existing bridge, much like we saw when the Newmarket viaduct was replaced. Sometimes that means the existing bridge needs to be closed to enable the various changes related to construction to happen. We would see the same thing happen if we built a new harbour crossing as we would still need to connect it into the existing system somehow. 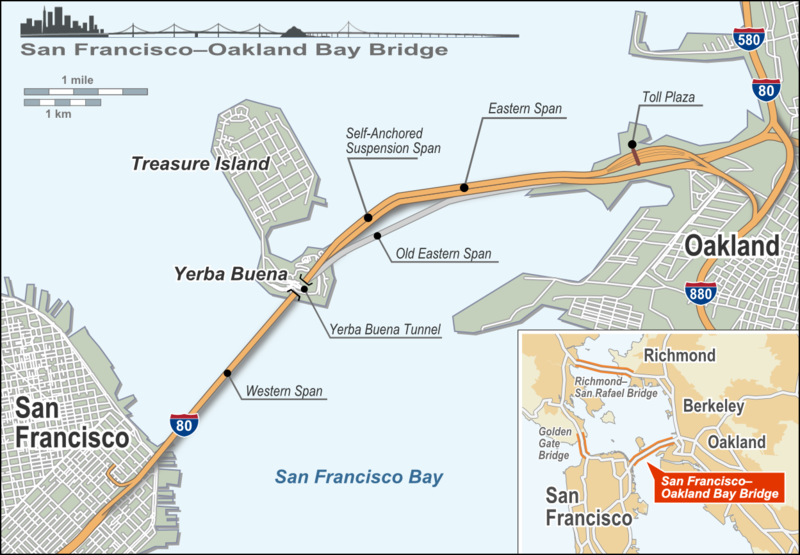 But the interesting thing is how the city copes with such a key bridge being out of action for a long period of time. Sure vehicles can divert to one of the other bridges but that introduces a fairly length detour and one that is much longer than equivalent detour in Auckland via the upper harbour. In that situation I also imagine that the other routes become pretty busy so while it might get you to your destination, it might not be fast. So how did the San Fran area cope both immediately after the 1989 quake and during the shut downs for repair and replacement of the existing bridge. Well there was of one mode of transport that was completely unaffected and able to move huge amounts of people, the Bay Area Rapid Transit system, otherwise known as BART.

The system was opened in 1972 and like the Bay bridge connects the suburbs on the eastern side of the bay with San Francisco itself. It does this in a pair of tunnels under the harbour and through the city and actually travels under the western span of the bay bridge. Since it opened it has been extended to the network it is today and which includes a connection into the San Francisco International Airport. Further expansion is already under way or being planned.

Importantly in the aftermath of the quake and during closures of the bay bridge people have flocked to use the network as a means of getting across the bay however perhaps even more importantly while some people would have gone back to driving, a lot of people kept using the system and patronage has continued to expand.

But perhaps the most important point and the one most relevant to Auckland in all of this is that San Francisco has an alternative. While the closures to the bay bridge have obviously been a pain for residents, there has at least been another option that has the capacity to handle a lot of extra people. Even if there was another road based crossing, if something went wrong it would immediately be clogged up with all of the diverted traffic. Buses would provide no respite as would be stuck along with the rest of the vehicles. If one of the key reasons to create another harbour crossing is to provide resilience to the network in case something goes wrong then the absolute best thing we could do is to build that crossing as a mode that is not affected by the traffic mayhem that would ensue from a problem with the bridge. It would also need to be one that has the capacity to suddenly handle a lot more people.

This is one of the reasons we propose building a rail only crossing as part of the Congestion Free Network. In the future if demand eventually exists we could then look at another road based crossing but for now the focus should be on completing the missing modes and providing some real alternatives.